The Savoy’s famous black cat, Kaspar, was carved in 1927 by the designer Basil Ionides, from one single block of plane. His intended function was to act as the fourteenth guest in the private dining rooms when thirteen guests were present, and his creation was directly related to the unfortunate demise of a Savoy client over quarter of a century earlier.

A TALE OF SUPERSTITIONS

One evening in 1898, a wealthy South African named Woolf Joel hosted a small private dinner at The Savoy. One or two guests had to cancel, with the result that only thirteen people finally gathered for dinner on that fateful evening. Over the meal there was some discussion about the various superstitions associated with unlucky number thirteen, including the one that the first person to get up from a table of thirteen would also be the first one to die. Joel scoffed at the suggestion, and sportingly offered to allay his guests’ fears by leaving the table first. Back home in Johannesburg a few weeks later, Joel was shot dead.

Joel’s death made a particular impression on his dinner guests, and by extension the management of The Savoy. Taking no further chances, it was decreed that in future any table of thirteen would be joined by a member of staff as a fourteenth guest, and for the next twenty-five years a waiter would duly be roped in as necessity dictated. This was not the most convenient of solutions however. Firstly the presence of a complete stranger at the table prevented the discussion of confidential matters, and for many clients this was the reason that they had convened in the first place. Secondly, it deprived the hotel of the services of a waiter for the duration of the function, no small matter at busy times of day. Another solution had to be found.

In the 1920s the architect Basil Ionides had been commissioned by the Directors of The Savoy to redecorate the private dining room “Pinafore”. However Ionides thought he had the answer to another challenge, too. Why a black cat is anyone’s guess, but Kaspar’s sinuous form had adorned tables for thirteen ever since. With a napkin around his neck, he sits silently at his place, and is served with each course in turn along with the rest of the guests. He does not contribute much to the conversation, but can be relied upon for absolute discretion afterwards. 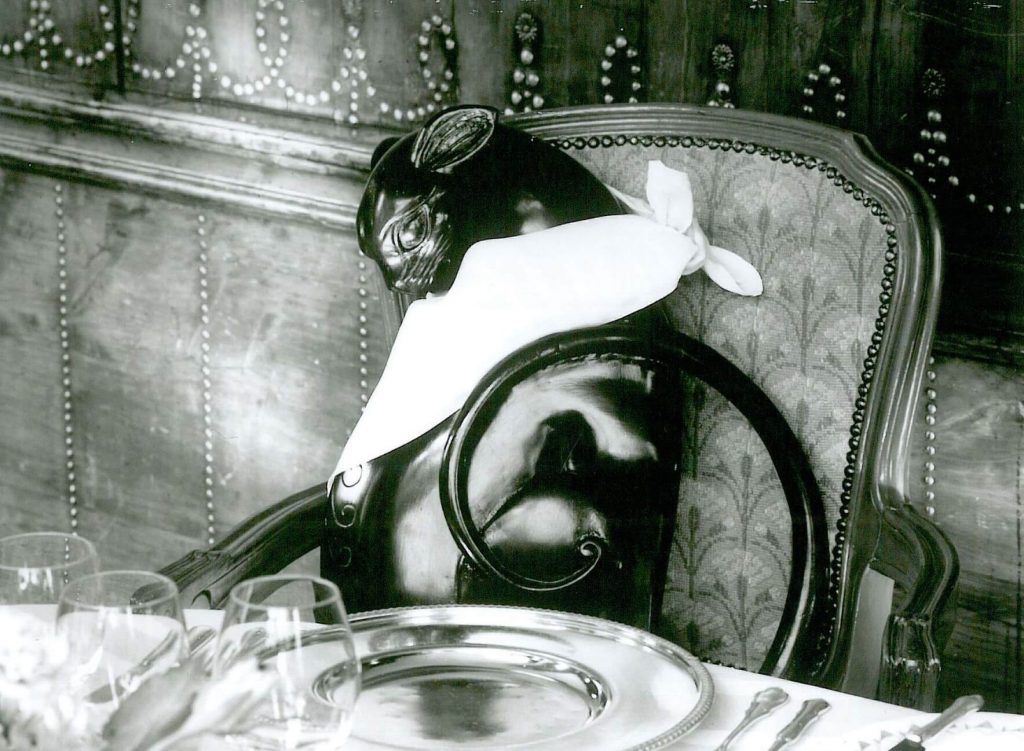 Kaspar the Savoy cat dines in Pinafore, traditionally home of The Other Club.

When not working, he greatly enjoys sitting in state in the Front Hall, watching the world go by.

In 2007, the eminent children’s book author, Michael Morpurgo, was appointed writer-in-residence at The Savoy. Inspired by the hotel, and the story of Kaspar, Michael reimagined the history of this lucky cat, and published a novel “Kaspar, Prince of Cats” in 2008.