As a neighbourhood that combines rich culture and history with fantastic shopping, Covent Garden is home to all sorts of usual stories and characters. In our quarterly guide to Covent Garden Jeannine Saba, founder of The Covent Gardener magazine speaks about some of her highlights as a resident and our neighbour.

As Editor of The Covent Gardener and a long-term resident of the area, I have the enviable duty of unearthing the most intriguing, delightful and bizarre stories about the history of Covent Garden for my readers.

Our Winter Issue 17 sees us focusing on Crime & Punishment, highlighting the pitfalls of 18th century Wig Snatchers the weird and wonderful stories of French highway man Claude Duval who would dance with the ladies before robbing them, Jenny Diver the most famous pickpocket in Victorian London who would go to church with a set of fake arms leaving here real ones free to rob and The Wig Room at the The Royal Opera House, where the making of each wig costs roughly £2000.

One of my favorite stories written by Mick O’Hare is about the greatest fictional detective of all, Sherlock Holmes, who often plied his trade right here in Covent Garden.

Indeed, The Strand Magazine, in which Sir Arthur Conan Doyle introduced us to Holmes and doughty sidekick John Watson, opened its original offices on our doorstep in Burleigh Street (3 mins from the hotel). Crowds would gather outside, awaiting the latest instalment. So Doyle may have been delivering stories when he hit on the idea of Holmes visiting Covent Garden. The author also ate regularly at Simpson’s in the Strand, the venerable local restaurant famous for its roast beef, which opened in 1828. It’s here, at the end of The Adventure of the Dying Detective, that Holmes declares, “Something nutritious at Simpson’s would not be out of place.” Read more in the latest issue in your room. 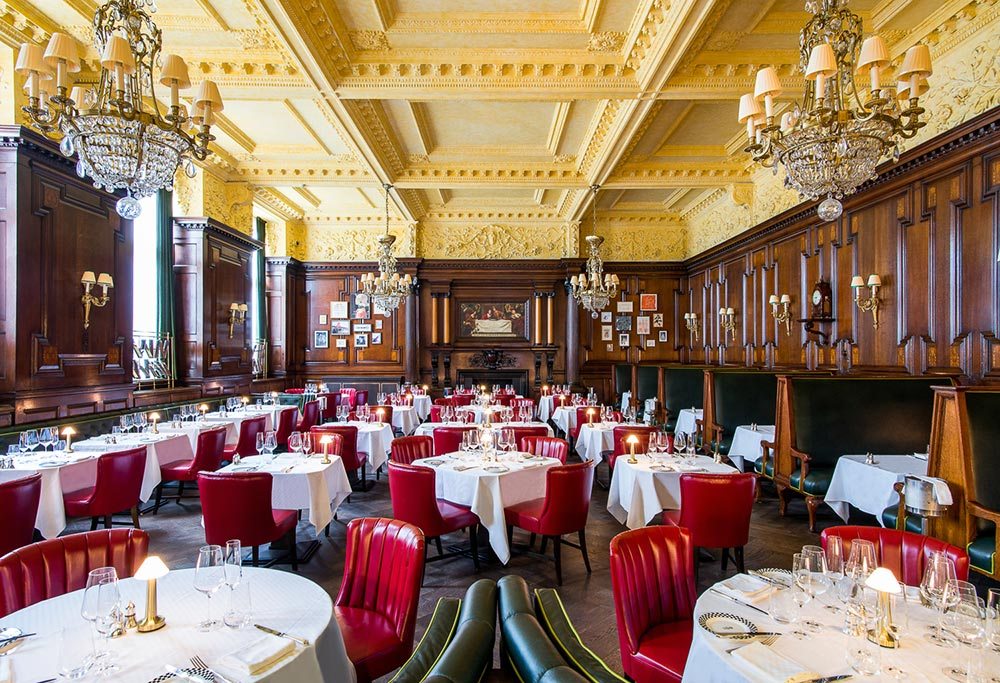 Grand Divan, Simpson’s in the Strand

While you’re here this winter I will encourage you to get out and about in Covent Garden detective-style. Discover many local facts with our MURDER MYSTERY trail, solve all the clues to find out who the murderer is and win a piece of jewellery worth £300 from Roseheart Jewels based on Bedford Street. The only crime is not completing it and letting us know @thecoventgardener.  The winner will be announced at the end of January. 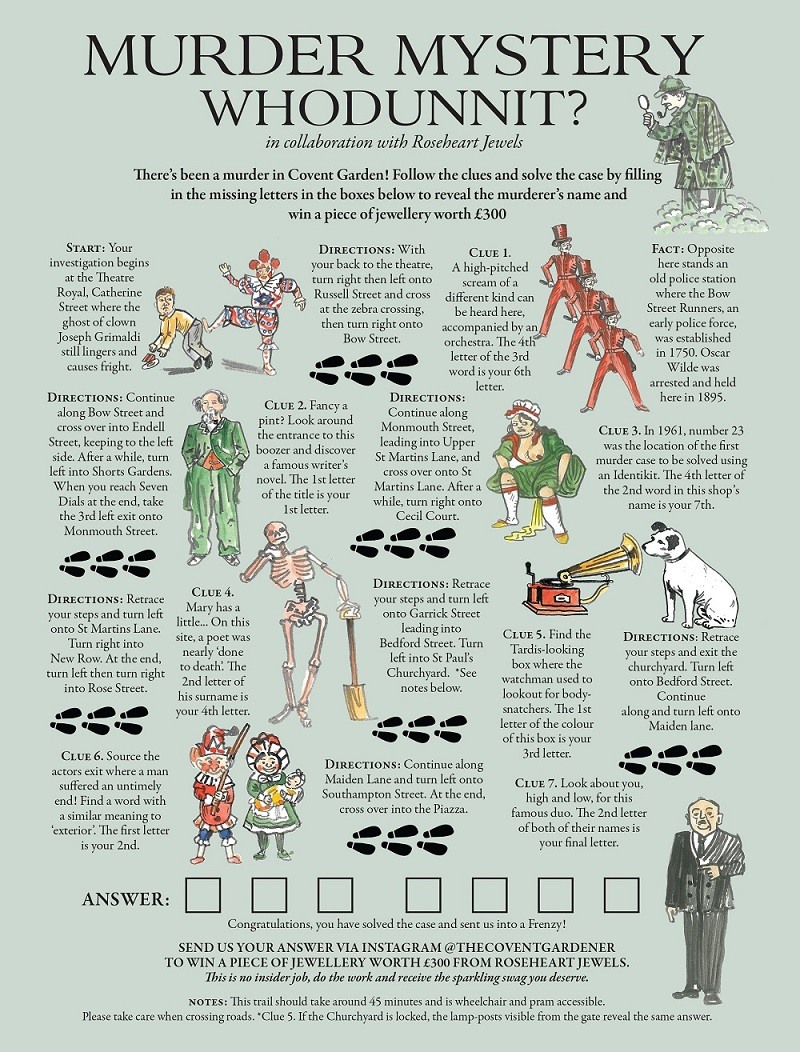